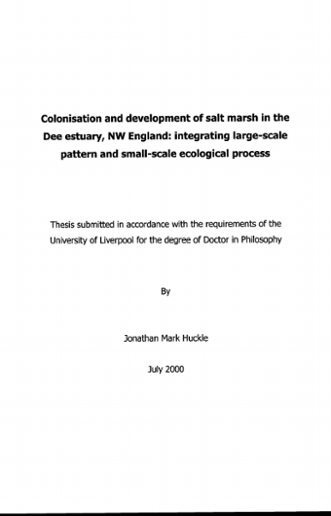 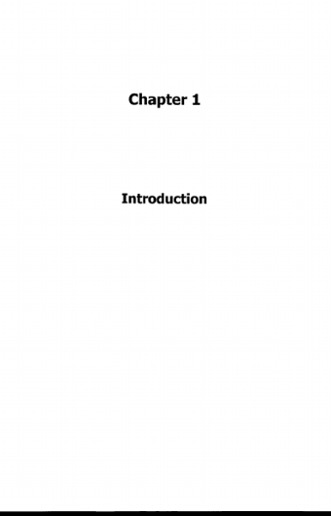 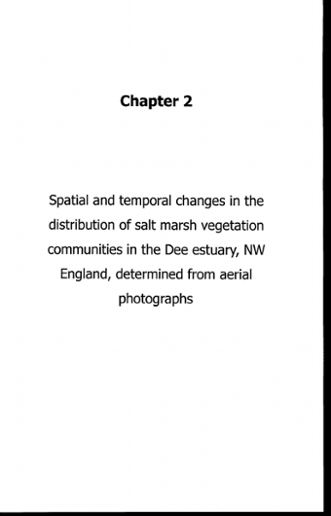 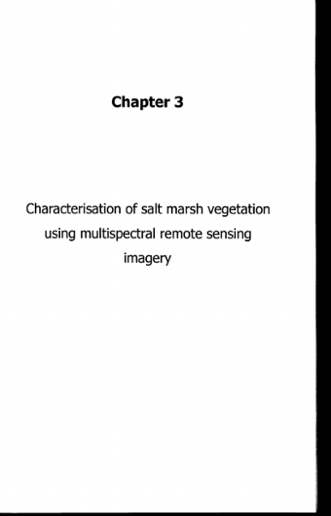 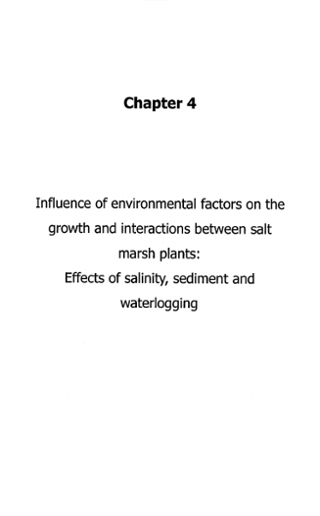 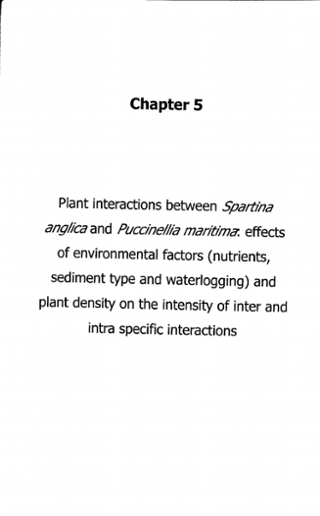 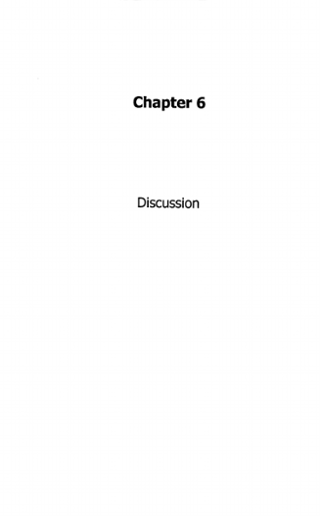 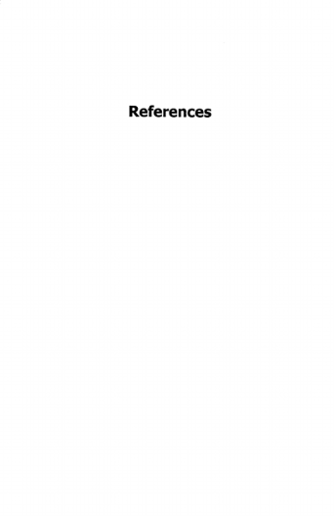 The Dee estuary, one of the most important British estuaries in terms of size and conservation value, has been subject to extensive colonisation and development of intertidal mudflats by salt marsh vegetation. In the last century, acceleration of this process has been attributed to the ability of Spartina anglica C.E. Hubbard to colonise bare sediment. The research in this thesis aims to investigate the ecological patterns and processes involved in the development of salt marsh vegetation. These have been examined using a large-scale approach involving remote sensing techniques and a small-scale approach to examine ecological processes at the level of the individual plant and species. Large-scale temporal patterns in the distribution were investigated by analysing a sequence of monochrome aerial photographs dating from 1955 to 1997. At the marsh apex, initial rapid colonisation was followed by a decreased rate of expansion and a reduction in the pioneer zone. This suggested a steepening of the marsh elevation gradient, which is interpreted as the marsh approaching its natural limit of expansion. The rate of salt marsh expansion was consistent across the time sequence for the second target area, a cross-section of the marsh gradient, but with S. a«g/zca-dominated colonisation of mudflats changing to colonisation by a pioneer community co-dominated by S. anglica and Salicornia europaea. Large-scale spatial distribution patterns were further investigated using multispectral remote sensing data from 1997. Radiometric data were used to define the spectral characteristics of the major types of salt marsh vegetation. Airborne Thematic Mapper data were used to classify the reflectance data from the whole marsh to determine the spatial distribution of plant communities based on their spectral characteristics. Mapping of these communities provided a baseline that will be a useful tool for future management of the salt marsh. An experimental approach was used to examine the role of abiotic and biotic factors on the growth and interactions between S. anglica and Puccinellia maritima (Huds.) Parl. In two series of competition experiments, P. maritima exerted a one¬way effect over S. anglica. The intensity of this interaction was increased in environmental conditions favourable to P. maritima, and was greater in terms of above-ground than below-ground biomass. In both experiments, S. anglica exhibited a disproportionate reduction in below-ground competitive interaction in abiotic conditions less favourable to P. maritima. A corresponding increase in rhizomes suggested that this is a potential mechanism by which S. anglica may evade competitive neighbours at low marsh elevations. An appreciation of the importance of scale has led to a multi-scaled and holistic view of the ecological process of salt marsh colonisation and development. Integration of both large and small-scale approaches has provided valuable information on the ecological patterns and processes, and has important implications for current and future management of salt marsh in the Dee estuary.