Suicide rates amongst individuals from ethnic minority backgrounds: A systematic review and meta-analysis 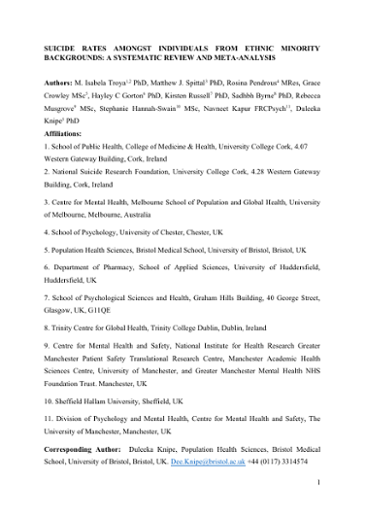 Except where otherwise noted, this item's license is described as https://creativecommons.org/licenses/by-nc-nd/4.0/