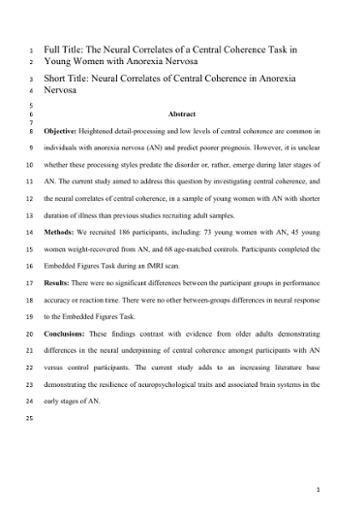 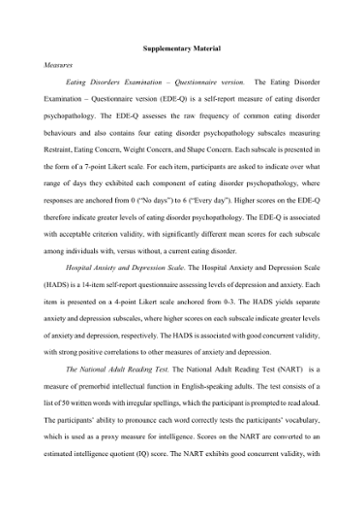 Objective: Heightened detail-processing and low levels of central coherence are common in individuals with anorexia nervosa (AN) and predict poorer prognosis. However, it is unclear whether these processing styles predate the disorder or, rather, emerge during later stages of AN. The current study aimed to address this question by investigating central coherence, and the neural correlates of central coherence, in a sample of young women with AN with shorter duration of illness than previous studies recruiting adult samples. Methods: We recruited 186 participants, including: 73 young women with AN, 45 young women weight-recovered from AN, and 68 age-matched controls. Participants completed the Embedded Figures Task during an fMRI scan. Results: There were no significant differences between the participant groups in performance accuracy or reaction time. There were no other between-groups differences in neural response to the Embedded Figures Task. Conclusions: These findings contrast with evidence from older adults demonstrating differences in the neural underpinning of central coherence amongst participants with AN versus control participants. The current study adds to an increasing literature base demonstrating the resilience of neuropsychological traits and associated brain systems in the early stages of AN.