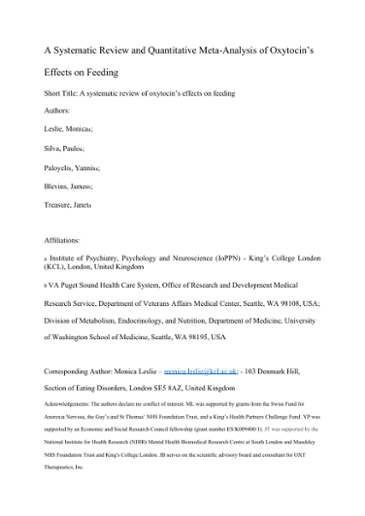 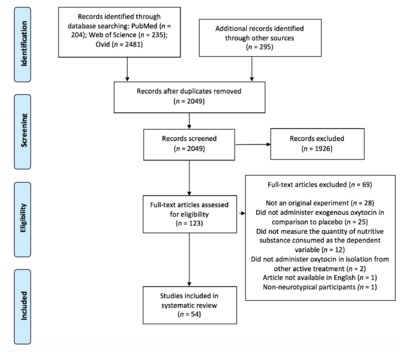 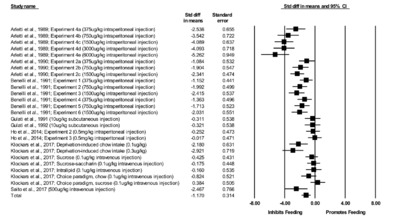 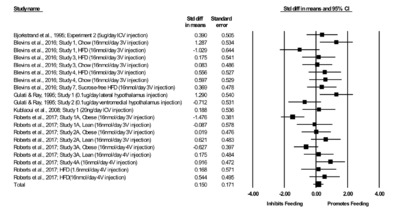 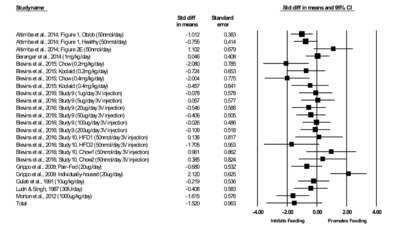 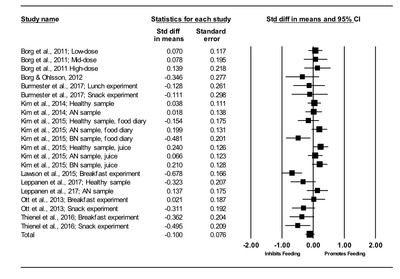 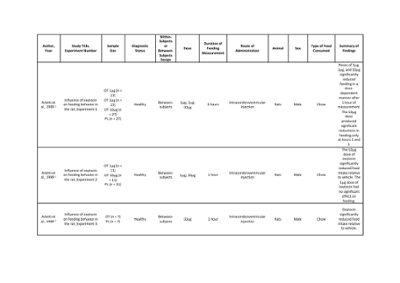 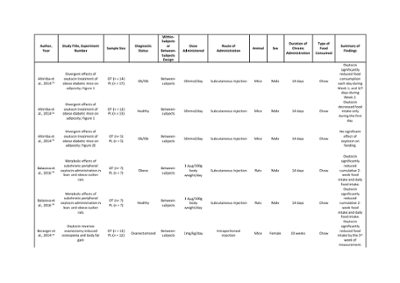 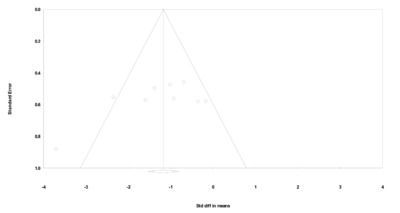 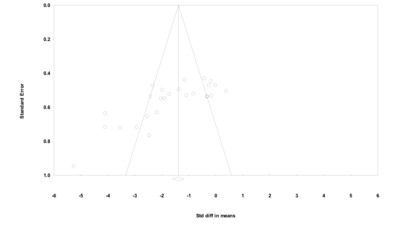 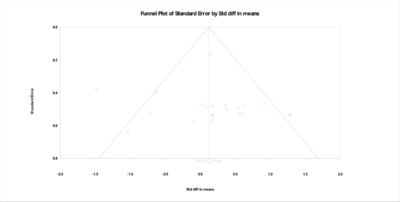 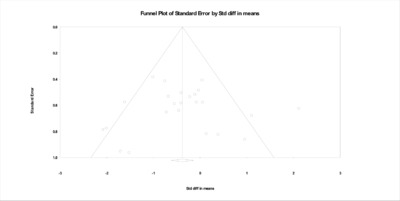 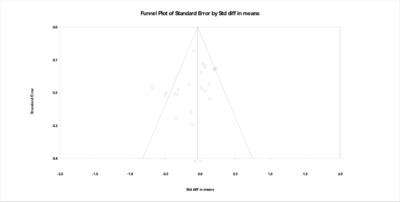 The anorexigenic effects of oxytocin have been widely documented and accepted; however, no study has yet used the Preferred Reporting Items for Systematic Reviews and Meta-Analysis (PRISMA) guidelines to compile previous findings in a single systematic review and quantitative meta-analysis. The present review aimed to identify published and unpublished studies examining the effects of oxytocin on energy intake in animals and humans, as well as the factors that moderate this effect. Web of Science, Pub Med and Ovid were searched for published and unpublished studies reporting the effects of oxytocin on energy intake in wild-type animals and in humans when administered in the absence of other active drugs or surgery. Two thousand and forty-nine articles were identified through the original systematic literature search, from which 54 articles were identified as being relevant for inclusion in the present review. An additional 3 relevant articles were identified in a later update of the literature search. Overall, a single dose of oxytocin was found to reduce feeding in animals. Despite several individual studies reporting that this effect persists to the end of the third week of chronic administration in rodent models, overall, this anorexigenic effect did not hold in the meta-analyses testing the effects of chronic administration. There was no overall effect of oxytocin on energy intake in humans, although a trend was identified for oxytocin to reduce the consumption of solid foods. Oxytocin reduces energy intake when administered as a single dose. Oxytocin can inhibit feeding over 2- to 3-week periods in rodent models. These effects typically do not persist beyond the third week of treatment. The anorexigenic effect of oxytocin is moderated by pregnant status, dose, method of administration and diet composition.

This paper reports the results of a systematic review and meta-analysis of the effects of oxytocin on feeding. The population of the systematic review includes a range of animal species, which has been entered as a moderator in the paper's meta-regression. This is the peer reviewed version of the following article: Leslie, M., Silva, P., Paloyelis, Y., Blevins, J., & Treasure, J. (2018). A systematic review and quantitative meta‐analysis of the effects of oxytocin on feeding. Journal of Neuroendocrinology, 30(8), e12584. , which has been published in final form at https://onlinelibrary.wiley.com/doi/abs/10.1111/jne.12584. This article may be used for non-commercial purposes in accordance with Wiley Terms and Conditions for Use of Self-Archived Versions.