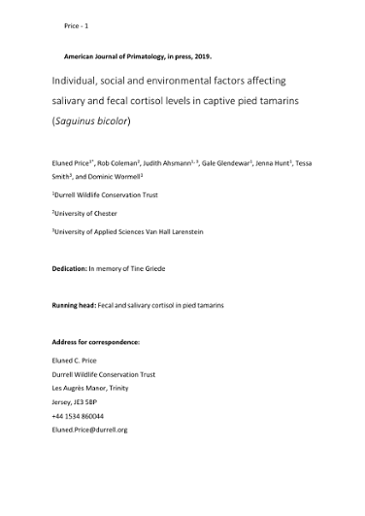 This is the peer reviewed version of the following article: Price, E., Coleman, R., Ahsmann, J., Glendewar, G., Hunt, J., Smith, T. & Wormell, D. (2019). Individual, social, and environmental factors affecting salivary and fecal cortisol levels in captive pied tamarins (Saguinus bicolor). American Journal of Primatology, 81(8), which has been published in final form at https://doi.org/10.1002/ajp.23033. This article may be used for non-commercial purposes in accordance with Wiley Terms and Conditions for Self-Archiving