The resilience of postglacial hunter-gatherers to abrupt climate change 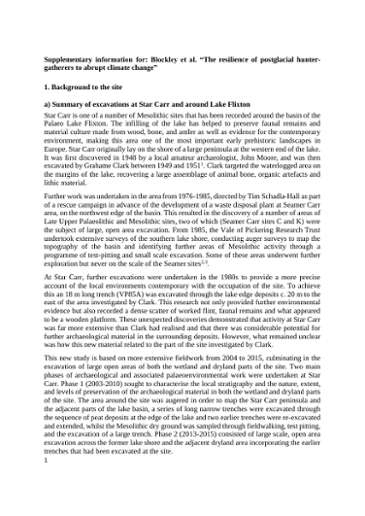 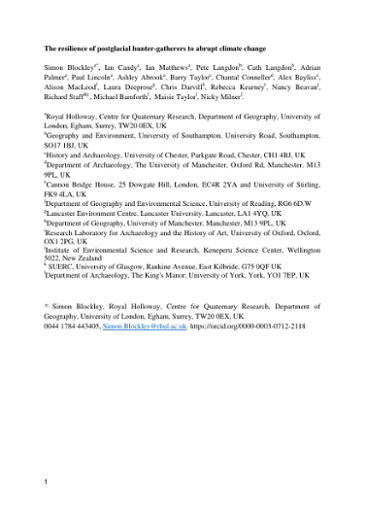 Understanding the resilience of early societies to climate change is an essential part of exploring the environmental sensitivity of human populations. There is significant interest in the role of abrupt climate events as a driver of early Holocene human activity, but there are very few well-dated records directly compared with local climate archives. Here, we present evidence from the internationally important Mesolithic site of Star Carr showing occupation during the early Holocene, which is directly compared with a high-resolution palaeoclimate record from neighbouring lake beds. We show that, once established, there was intensive human activity at the site for several hundred years when the community was subject to multiple, severe, abrupt climate events that impacted air temperatures, the landscape and the ecosystem of the region. However, these results show that occupation and activity at the site persisted regardless of the environmental stresses experienced by this society. The Star Carr population displayed a high level of resilience to climate change, suggesting that postglacial populations were not necessarily held hostage to the flickering switch of climate change. Instead, we show that local, intrinsic changes in the wetland environment were more significant in determining human activity than the large-scale abrupt early Holocene climate events.