Scales of analysis: evidence of fish and fish processing at Star Carr. 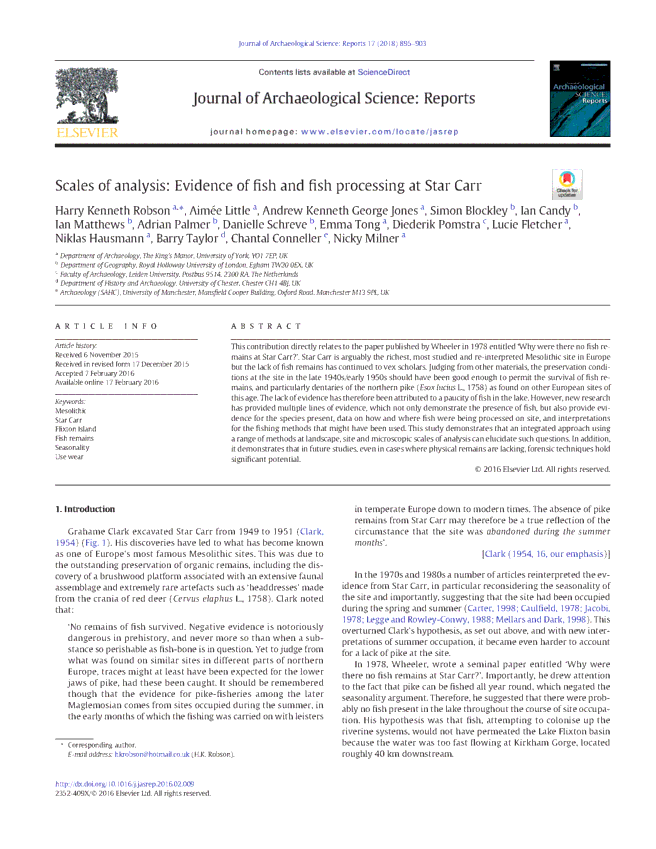 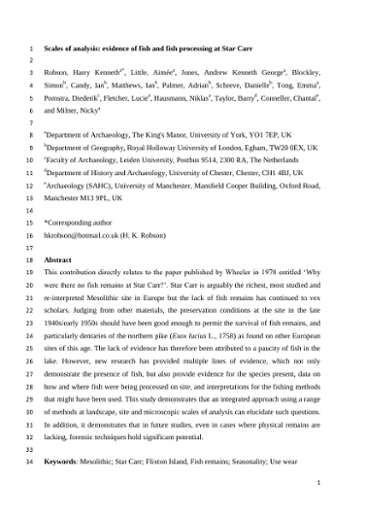 This contribution directly relates to the paper published by Wheeler in 1978 entitled ‘Why were there no fish remains at Star Carr?’. Star Carr is arguably the richest, most studied and re-interpreted Mesolithic site in Europe but the lack of fish remains has continued to vex scholars. Judging from other materials, the preservation conditions at the site in the late 1940s/early 1950s should have been good enough to permit the survival of fish remains, and particularly dentaries of the northern pike (Esox lucius L., 1758) as found on other European sites of this age. The lack of evidence has therefore been attributed to a paucity of fish in the lake. However, new research has provided multiple lines of evidence, which not only demonstrate the presence of fish, but also provide evidence for the species present, data on how and where fish were being processed on site, and interpretations for the fishing methods that might have been used. This study demonstrates that an integrated approach using a range of methods at landscape, site and microscopic scales of analysis can elucidate such questions. In addition, it demonstrates that in future studies, even in cases where physical remains are lacking, forensic techniques hold significant potential.